The tragedy of going on a movie date in today's world DISCLAIMER: This article is a purely fictitious account and a mere reflection of an important problem that's plaguing the youth of our nation. However, any resemblance to any character dead or alive is purely coincidental. Oh yes, no offence to the ladies. You know we love you. 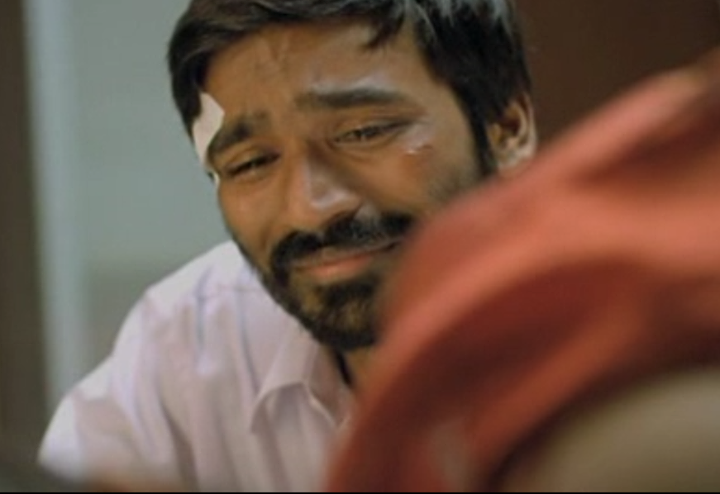 I'm a typical Chennai college kid. I make as money as any other college kid my age, which is 0, and the only ATM that spits out some cash from time to time is my Dad. And like real ATMs, my ATM is almost always 'temporarily out of service'.

Alright, let's get back.

So it’s been a while since I took my girlfriend out on a date, and my finances were 'modest' to say the least. As usual, my ATM was out of service for the moment and it took me quite a while to save up Rs.1000 since my last withdrawal. Considering our options in the city, there were pretty much only 3 things to do: go out for a meal, go for a movie or go to the beach.

Option 1 was a joke because the only place Zomato suggested according to my budget was Little Dhaba, a far cry from the romantic afternoon my girlfriend would be looking forward to.

Option 2 and Option 3 could be clubbed as they seemed very much in my budget, and I'd probably have some cash left over for a cheap dinner with the boys.

It's 2016, so fuck going to the theater to book the tickets, right? I pulled out my phone, downloaded a ticketing app and went on to book 2 tickets. The best thing about Chennai is that the most expensive ticket(keeping IMAX aside) is just Rs.120 as compared to other metros where you'd have to sell a few of your things on OLX first before you could book a movie ticket.

When I reached the payment screen, there was a mysterious addition of Rs.100 to my ticket receipt. Convenience charges. Fucking inconvenience.

﻿This is a modern love story, so I’ve got a Duke(oh, yeah) for myself. I live in Anna Nagar and she lives in Tambaram. There arises a new conundrum: there's no way she's going to take the suburban train on a day like today. So I had to pick her up. But thanks to a steady overdose of Mani Ratnam and Gautham Menon, my spirits lifted as I imagined the two of us cruising through the city, embraced in each other's company in more ways than one. 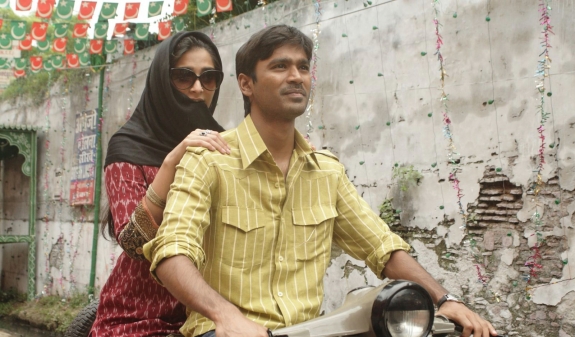 Unfortunately, though this is a modern love story, it isn't a Mani Ratnam or a Gautham Menon movie.

So it took me around 243 hours to reach Tambaram and I finally picked her up. The ride back to the city wasn't as harsh, though. With her arms wrapped around me, why would it be...

...moving on from elaborate descriptions, we entered the parking lot of the mall(theaters in malls, FML) and stopped near the little machine that spat out parking tickets when you pushed a button. I extended my arm, which she smacked away and pushed the button herself. It's been years since we came to the mall, and I'd forgotten how much she loved pushing the parking ticket button. We'll get the irony of it all a little later.

Tragedy strikes as we reach the Snacks counter. The lady wanted a Large Popcorn+Coke combo, a cream donut and a plate of Bhel Puri(who the fuck eats chaat at a movie theater?) which funnily, ate itself into my dwindling account.

With only Rs.100 left in my account, I made my way into the darkness of the theater that seemed to resemble my life at this moment. However, the movie wasn't bad, the girlfriend was definitely not bad, translating into a peaceful, calm experience. Calm, before the storm that is.

Remembering that I had only Rs.100 left in my account, I decided to head to the ATM opposite the ticket counter and withdrew that last bit and stuffed the single note into my pocket. See, the ice cream guy at the beach wouldn't accept cards, no? So proactive, much wow.

After going through the Bermuda Triangle aka the parking lot, I finally found my bike. We got on, and I still hadn't told her we were going to the beach. She probably assumed we were heading back home. With a little surprise planned in my head, I looked back and smiled at her; she playfully nudged me to begin the ride back.

Within 50 feet of our journey, we were stopped by The Wall from Game of Thrones, aka the parking toll counter. I gave the guy at the counter my ticket, and drew out my 100 to get change.

I thought I was daydreaming. ﻿Kaadhu ma, are you OK baby?

I felt my heart explode. The tiny piece of paper that he gave me confirmed the horror.

Really? 90 bucks? How could this be possible? I mean, why should I pay to park my bike? And even if I did, on what grounds was I obliged to pay 90 bucks? Did they water wash my bike while I was at the movie? Or was there a Jon Snow to guard my bike like it was the Night's Watch? My bike’s gonna be freaking safe because it is under the freaking basement and I at least believe that there was no Alert Aarumugam nearby to hijack my bike.

Of course, wanting to avoid further embarrassment or trouble in front of my girlfriend, I took out the final note and handed it over to the devil.

The rest of the journey was spent mindlessly listening to her rant about her college, a girl called Jayanthi she hates, her best friend Vijanthi who she hates as well, Professor Nallathambi who's hitting on all the girls in her class, and a stray puppy she found near Tambaram station earlier this morning. Needless to say, like the imaginary ice cream, my vocabulary melted away from my system.

I finally dropped her back to her place and returned a feeble goodbye.

Riding back home, I realized I still had Rs.10. I also realized I needed a smoke.

A few minutes later, I spotted a tea shop and stopped to get my much-needed nicotine fix.

I took out the 10 bucks and handed it over to the happy bald tea kadai owner.

He saw the note, and his face didn't seem so happy anymore.

Holy shit!! This sounds a super hit short film script! Your narration is brilliant! Hope to see more of your wiring!