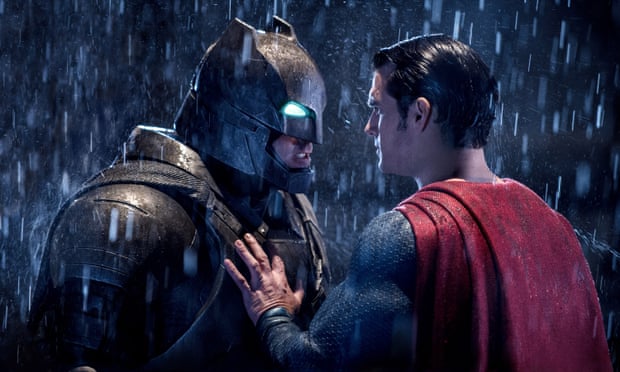 It has been lesser than a week since the most awaited films hit the screens, but the world went crazy about how bad the movie was. Critics, could you chill the f***out and read the Batman and Superman comics first?

The title “Batman v Superman" was misleading. But look closely. You don’t see a Vs or a versus. Just a v, which could mean anything. When the trailers were released, we saw lots of pretty awesome fights of the greatest gladiator match in the history. Most of us were rooting for a replica of a Dark Knight Returns Animated movie by DC. As it turns out, the movie goers and critics were let down because the only thing that was adapted from the animated film was the metal suit. People forgot to read the rest of the title which read ‘Dawn of Justice’. If you are expecting a mainstream superhero film like the ones of Marvel, then this isn’t a movie you’ll enjoy.

Nolan’s Batman was a breakthrough for superhero films. The genre went in an all-new direction after the Dark Knight Trilogy. Batman Begins was about the spirituality of Bruce Wayne. The Dark Knight showed us the strategist in Batman. The Dark Knight Rises, third and final movie of the Nolan-verse displayed the physical and more importantly, the mental strength of the caped crusader and his spirit. So how different was Ben Affleck’s Batman from Bale’s and why was it so much better? And why are the critics having a go at it?

Firstly, Batfleck broke the "No Killing" rule. People say he didn’t have the charm like how Bale did. Sadly, none of those critics know the actual Batman. That’s exactly how he’s supposed to be. Also, he wasn’t wearing hockey pads. No one else can nail the role like how Affleck did. Snyder got elements of Batman right to the t. So you say Batman fled away from Doomsday instead of fighting him, but there is only so much a mere mortal can do against a so-called God.

The two-minute fight sequence he got while rescuing Martha is enough to shut the mouths of every critic who's felt free to give his unwarranted 2 cents.

P.S.: This was a 40 year old Bruce Wayne we saw on screen. You just cannot expect anything more out of him.

Are you shocked Superman died? Are you angry at Snyder for not showing a blood lusty Superman? Then you don’t know Superman. The real superman is light hearted. He has all the means to burn the entire world with just one blast, but he is more human than a single actual human from earth. He has weaknesses. He is ready to take the fall for the greater good. If you recall, the Batman versus Superman fight scene was all a defensive one from Superman’s point of view. Superman is not God. We just make him one because we want him to be one. For an actual God like Superman, refer to Injustice: Gods Among Us-Year Two comics.

I read a couple of reviews which went like Flash and Aquaman were wasted and weren’t used to their full potential. It’s after all just the second movie in the DC Extended Universe. Any more additional superheroes and the critics will go berserk as to how complicated the whole movie is. The cameo scenes from LexCorp files not only show that Luthor knows about every single Meta human out there (He is actually supposed to know) but also comes up with a viable origin story for the characters separately. On the Wonder Woman front, she’s someone who’s looking to go off the grid. Showing her more than what was shown would lose the point to her ideologies. Just wait till the Justice League movies before you can actually get a full blast of all superheroes.

Read the second part of the title. “Dawn of Justice”. This obviously does not have a story line like other superhero movie. But what it does have is a base for the upcoming extended universe movies. I’d say this was an amazing strategy, making this movie look like filler in between than one with an agenda. Marvel has only just started experimenting with superhero movies. DC did that many years ago, figured out what went wrong and now have the perfect elements for a prolonged run at an extended universe.

Maybe they would have liked this better: What I feel is, this movie is not aimed at a general audience. It is not fair to blame Zack to not have made this a movie for the general audience. I feel you will not like it if you’re just a normal movie buff. You’d like it better if you were influenced by the comics. Hence the marketing strategy of Snyder, releasing all the cool scenes as trailers and TV spots, reaching out to the non comic book fans and creating the hype.

To all those critics out there, read a comic book before blaming Zack Snyder.

Well said bro! Some people didn’t like it because its not what they expected! It can’t always be like avengers where the trailer tells us the whole outline of the story. In truth this movie was awesome and if you didn’t like this movie the problem is with you, not the movie

It was a good movie. It was not about sending a message like Nolan’s portrayal of Batman. Yet it was entertaining as anything. Ben Affleck was wonderful as Bruce Wayne. More wonderwoman would have been great. Anyway more DC superheros are coming. Kudos to Zack. http://mdft.biz/batman-v-superman-dawn-of-justice-2016-impressive-facts-you-should-know/