15 Incredible Similarities between Shankar's 'Anniyan' and 'I'

'Anniyan' and 'I' had tremendous input and Actor Vikram's dedication in these movies are unfathomable. In my opinion, I would put my money on Vikram's performance in 'Anniyan.' The last time I watched the movie, I was in school. I downloaded the movie and I found how graceful and raging performance Vikram has done, especially Anniyan's voice (as much as I loved Bale Batman's), and dialogue delivery. Dialogues were top notch.

Director Bala and Shankar  are the only ones who were able to bring out the talent Vikram has in him. Sad we don't get to watch him on screen giving stellar performances.

Now lets see the similarities, minor differences and references 'I' has with 'Anniyan.'

Vikram's  name in 'Anniyan' is Ramanujam aka Ambi. It means 'The Younger Brother of Lord Rama.' Lord Ram is Vishnu's avatar. Ramanujam is a Vaishnavite.

Vikram's name in 'I' is Lingesan. It means Hindu god Shiva. Brahmins who worship Shiva as the sole supreme are called Shaivite. Though Lingesan is not a Brahmin in the movie, his name is the other form of worship among Brahmins.

Both movies have the lead character playing three roles.

Vikram portrays three characters, one with sinless character, one as a model and the other who wants to punish.

We can ignore this look, as it has nothing to with the story. Just part of the resolution.

Ambi loves Nandhini for several years. He collects whatever is associated with her. The dried up flowers, greeting cards, photos, hairpin, clips, rubber bands and so on. He has gifts too. 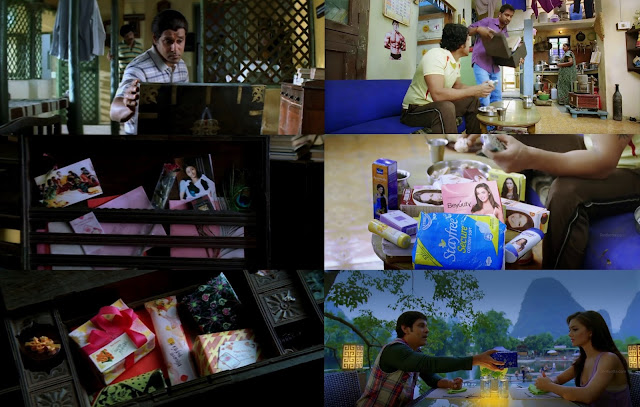 Lingesan also does the same. A box full of Diya's endorsed products. But he is not in love with her. He is infatuated with her.

Chari tells Ambi to kiss Nandhini like how Actor Kamal does.

Lingesan asks Diya to kiss him but not like how Actor Kamal kisses on lips. Just on the cheek.

Nandhini gets brutal. She rejects Ambi's proposal point blank and he gets hurt badly. She leaves after breaking his heart. 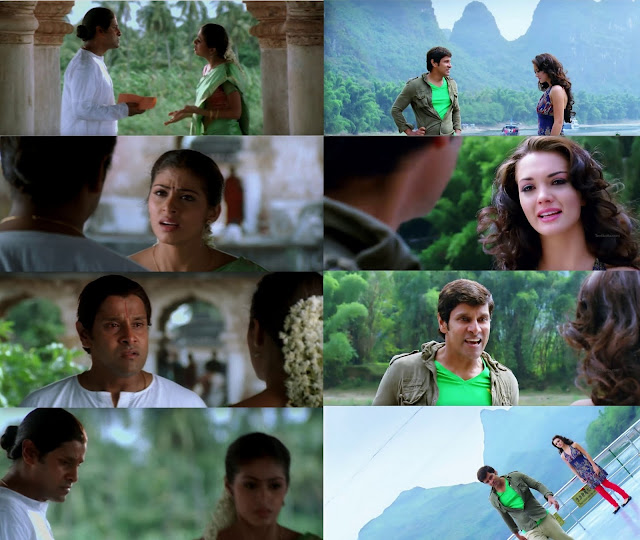 Lingesan finds out Diya manipulated him and was not truly in love with him. Gets his heart broken and walks away.

Ambi jumps into the river to kill himself, but he doesn't die. He realizes committing suicide is against the law. Doesn't die. 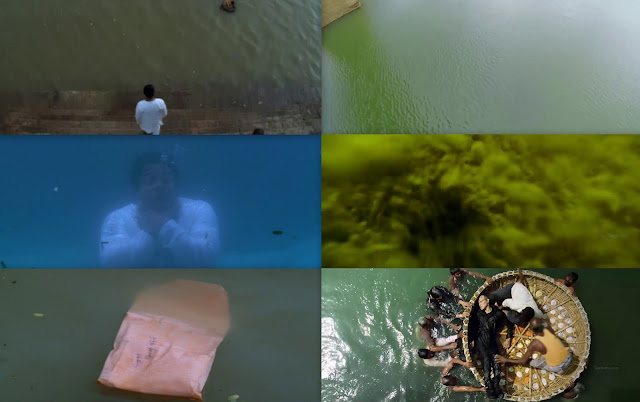 Lingesan (hunchback) here tries to commit suicide after Diya doesn't recognize him at the temple and thinks him to be a beggar. He doesn't die and gets saved.

Ambi gets kidnapped by goons who are in auto rickshaws. 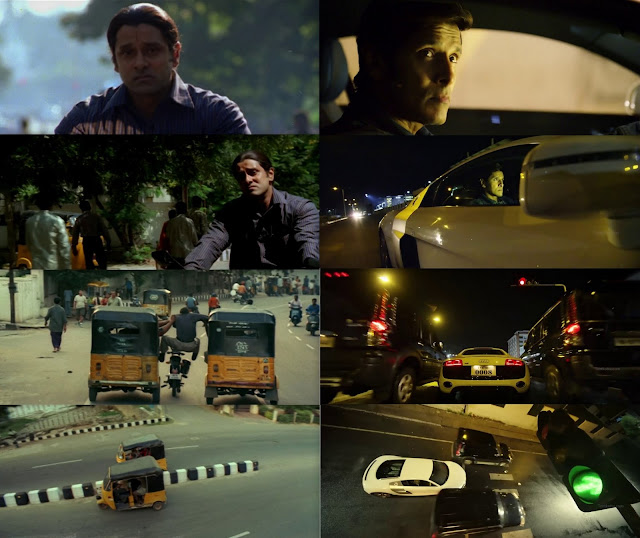 Lingesan (model) gets kidnapped in a strikingly similar way but by goons in SUVs.

Ambi's body is in a punching bag. His entire body is covered.

Lingesan (model) gets only his face covered.

Nandhini figures out Anniyan is Ambi. She gets totally confused and questions the relationship about him and Remo. 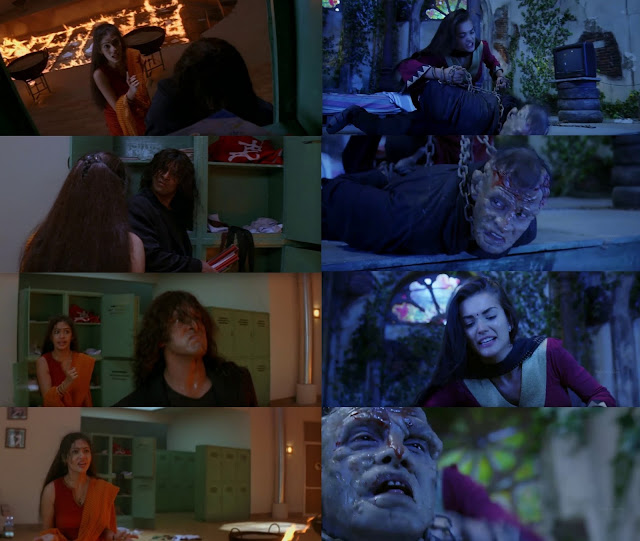 Diya finds Lingesan's (model) mobile in hunchback's pocket and questions how he got the mobile and his relationship with Lingesan.

Doctor Vasudev tells Lingesan that he is suffering from osteoporosis, a disease caused by genetic disorder.

The Psychiatrist tells Nandhini that Ambi is suffering from multiple personality disorder.

This is another similar action I found. The good Doctor from 'I' and the psychiatrist from 'Anniyan'  are holding the books in the same way.

If you look at the below collage, you can see the similarities in the number of stuntmen, their formations and weapons. 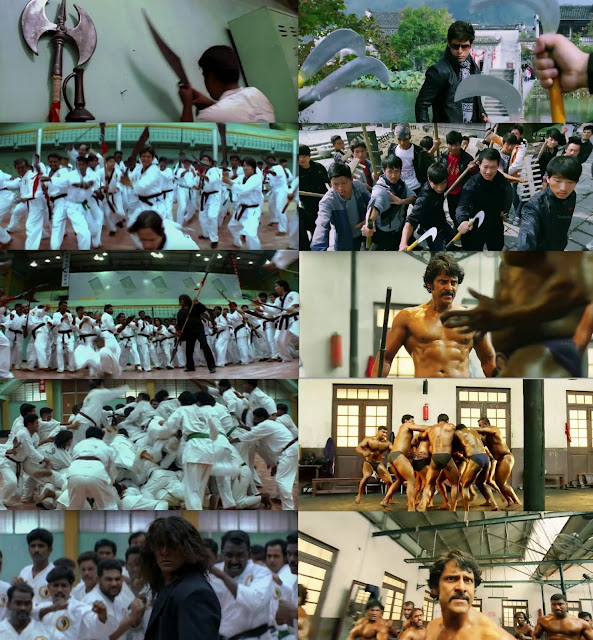 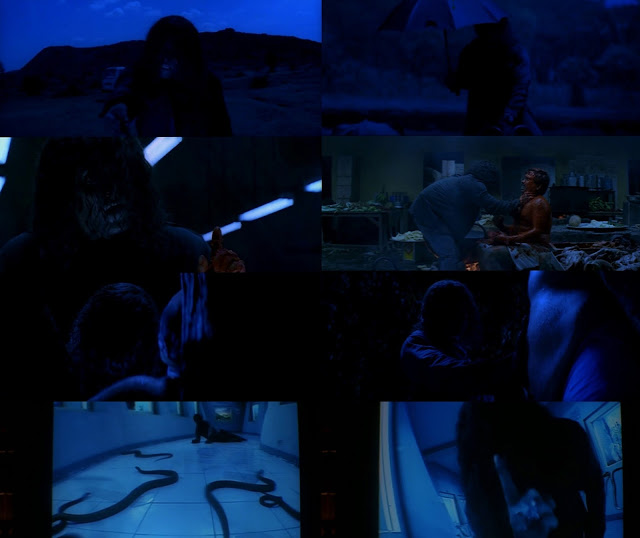 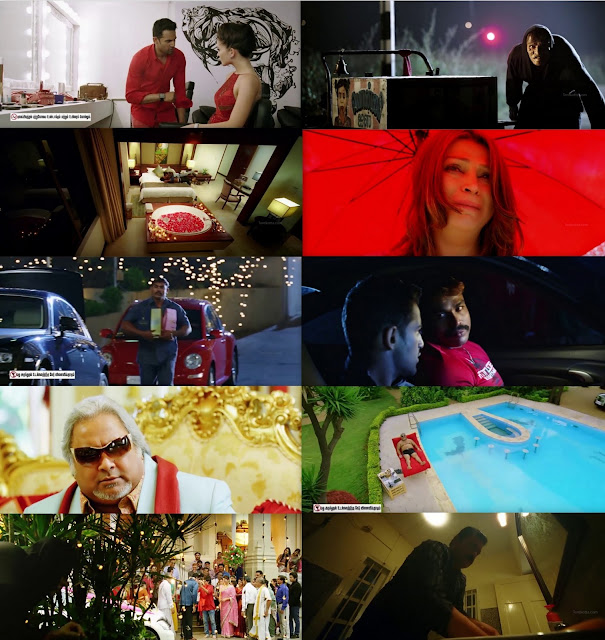 We can see the antagonists have red on them or around them when they are going to do to anything against good and during the time any antagonist becomes a sufferer.

Even when Diya gets kidnapped, she is in red.

Lingesan about to get kidnapped and we see red light. 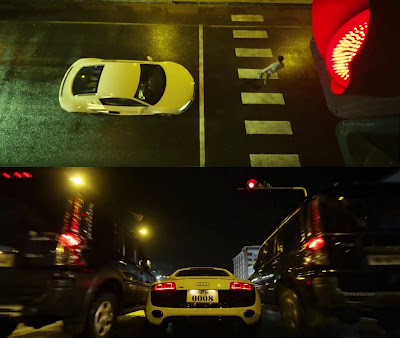 This is another pure colour differentiating factor. Anniyan's nervous system is shown in blue.

The VFX involving Lingesan's blood stream and vessels are in red.

This is ultimate. Anniyan kills totally five. Guess the number of antagonists in 'I.'  FIVE. 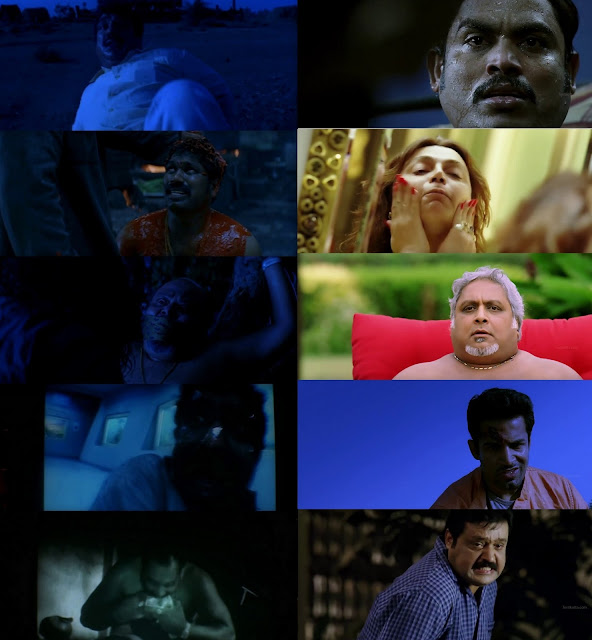 The hunchback avenges these five people.

Now what I'm about to show may look silly to you. 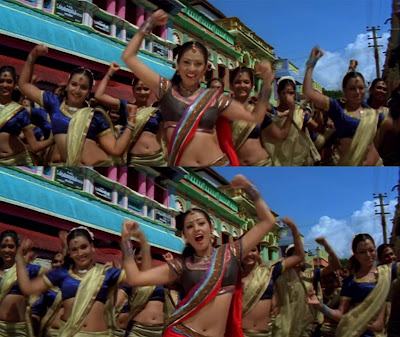 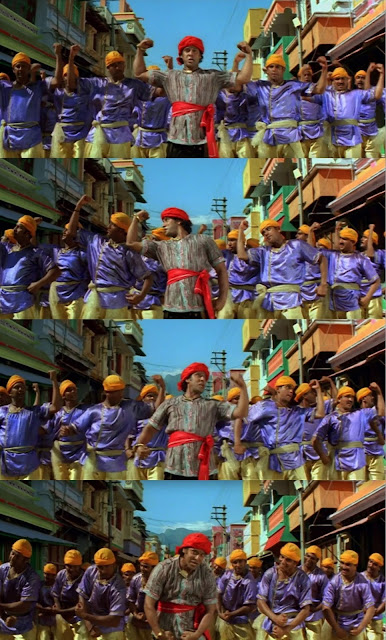 A sequel in disguise?

This is funny but if you "consider" all the similarities, differences and the reference 'I' had with'Anniyan,' it is hard to dismiss the above mentioned Lingesan's reference. Maybe a coincidental premonition? We don't know.

My theory is, with above facts put together, Ramanujam and Lingesan are the same person living in alternate worlds. Parallel Earth theory.

Now let us come out of science. I don't know whether the Director made these references deliberately. While reading this blog, you would've got two ideas. Either 'I' is a remodelled'Anniyan'  film or the Director is a master of execution. This is an open ended blog. Decision is yours.