Why I have my hopes on Iraivi: A woman's perspective 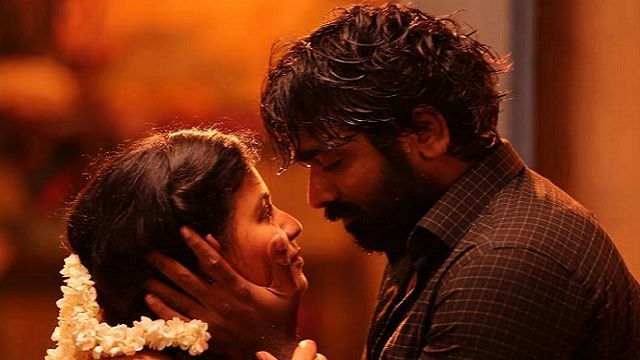 Will Karthik Subbaraj break the stereotype? | Anjali and Vijay Sethupathi in a still from Iraivi

Like any other media, cinema is also a reflection of society.  Cinema ultimately presents the man in the society as close to reality as possible, but projects only the man!

With pots of money being poured into  Tamil Nadu, the film industry too learned to talk in crores. Unlike today, about two decades ago wherein the script chose the actors and the budget, the budget of the films is now deciding the cast of the movie. And the story?! Nobody cares what the film talks about as long as the film boasts of grandiose locations, scarcely clad or sometimes half naked women,  punch dialogs and illogical stunt sequences interpreting manliness of the hero and other 'crowd-pulling' techniques.

Though a lot of things have changed in the technical aspects of film making in Tamil cinema, the portrayal of women has not changed beyond the stereotypical female. A woman in a Tamil film is either an amazingly self-righteous person whose only motive in life is to take care of her family or a teen age girl lusting on her boyfriend who is sometimes as old as or even older than her father. Either ways the only job given to her is dancing around her husband/boyfriend trying to arouse him with minimal clothing and maximum oomph. Except a handful of films like Mozhi, Maya, Irudhi Suttru and 36 Vayadhinilae, which projected women beautifully(as close to reality as possible), there has been very little improvement otherwise.

Another element which ensures success of a movie according to today’s  film makers is an upbeat song with  lyrics, most of which suggest that all women cheat or are greedy and fall in love only for money or that women deserve to be beaten up for their behavior or all women are untrustworthy. Gone are the times of film makers like K.Balachander, Balu Mahendra, Mahendran, Barathiraja, etc. who made commercially successful films which were endearing to both men and women alike sans the inappropriate portrayal of either of the sexes.  Unlike today, Tamil cinema of the past did not require lyrics downgrading a gender to serve as agents of fantasy to make the movie a commercial success. 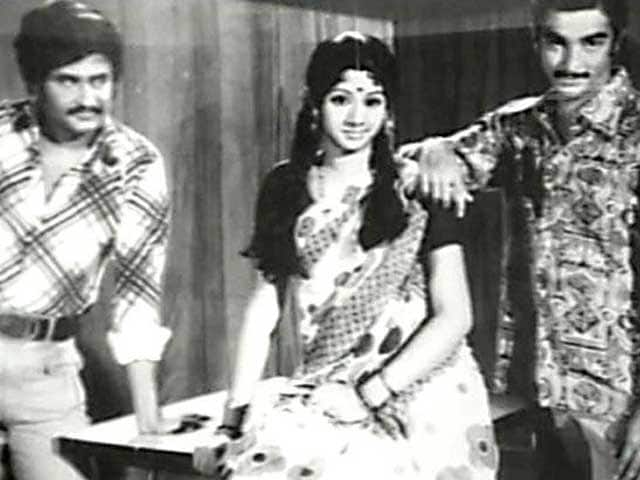 Those were the days: Rajinikanth, Sridevi and Kamal Haasan in Balachander's Moondru Mudichu

Though the trend prevailing in Tamil cinema is a proof to the widely- believed allegation that Tamil films portray women only as glam dolls, there is a wave of change which promises a whole new attitude in the treatment of women in Tamil cinema. Going by current trends, directors have started making films projecting women in a more natural, vibrant and unconventional way. Not all new age directors have the need to degrade women using lyrics or showcase their assets in order to make their film commercially successful.

The most awaited flick of this month(and probably this year) - Iraivi seems to be a one-of-a-kind film because the director has indicated that in spite of high profile male stars, the film will be centered around the women in the film. Film enthusiasts expect the film to change the way women-centric movies are perceived, as his past 2 films are a standing proof of the groundbreaking, genre-bending director he is.

Fighting the demons of society: Vijay Sethupathi in a scene from Iraivi

Having put all the blame on the film makers for the huge number of cliched films being made in Kollywood, the audience also has some blame to take. Audience are a huge power who decide the quality of films of a region. Film industry, like any other industry, produces goods (films) catering to the demands of its consumers and producers tend to make films that are commercially viable.

With Iraivi finally hitting the screens, it's ultimately upto us, the audience to ensure that the film gets watched by the entire demographic. Only then will true change happen; only then will mindsets really change.

In Karthik Subbaraj we trust.