How do you call a movie a "comedy"? Well for starters, you can if you walk out of the theatre unable to laugh anymore. Yes, Deadpool took my breath away, literally. 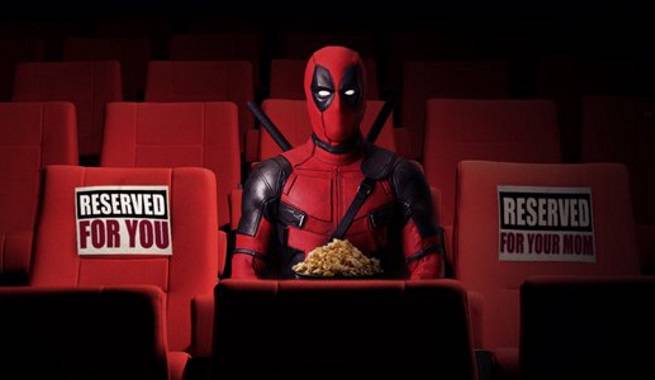 There was a great chance that it could've turned out to be a spoof like "Superhero movie" or "epic movie" but no it wasn't. It was a mix of the smartest puns and a galore of insults. But the beauty of these insults was the fact that they weren't targeted to Influential people or outsiders, rather the makers of the film and their Universe. You know how when we watch really "cliched" movies we start shouting out to the screen, This was basically all those shouts to the power 100 in the most twisted and creative way possible. Especially the one liners that come out of nowhere.

With regard to the making: Firstly, the superheroes of the movie were the writers and the brilliant portrayal by Ryan Reynolds. We're so used to seeing super serious superheroes who have goals like "Saving the world" or "Killing aliens/Intergalactic gods", but deadpool had the simplest knot with the smartest execution. What made deadpool better was it's Promotion. Deadpool was promoted in the most creative and extravagant ways, with having only 1/4th of "a superhero" movie's budget (stereotype, psst). Ryan reynolds went to every inteview dressed as deadpool but the most vital advertising the movie had was "The Romantic One".

Yes, Deadpool (despite being the superhero movie it is) was advertised as a Romance. But you know what? If you watch the movie and actually think about it, like really really think about it, It is a romantic movie of a superhero filled with jokes, So it's a Rom-Com Superhero?.. Super hero Romance?... Wait, What just happened?

Anyways, The director knew exactly what to do whether it was the lateral screenplay or/and the X men digs. Thank god (Rajini) that the censor board "gods" we're kind to the film. Right from the very second it started (I.e) the opening credits to the very end each and every part of the film kept us engaged. It was nice seeing the Censor Board go from "OH MY GOOD, IT'S A KISS" in Spectre to
"Sure, Why not?" in Deadpool.

If I could, I would sit and explain every pun possible in the movie but spoilers are "DeivaKutham" so I'll hold myself back. If I had a penny for every pun the movie had I'd probably have enough to make a "Singham 4", Just Kidding (Deivakutham-2)

To end this as deadpool did:
"Why're you still reading this? Go and watch the movie"
*Chikka Chikka*

"Marvel"ous (Another penny to the Singham 4 production) I apologise, there is an offer to go on other way.