Sports Films, and its world of Second Chances Troubled past, motivational songs and the ultimate face-off. This has always been the template of a mainstream sports film. Though we are one of the countries with a high consumption of television sports, what exciting could sports movies bring up that we would invest our emotions in? With this question on one end, we always overlook the most obvious cliché of sports films, that is, predictability. While watching a sports film, we always know that the protagonist of the movie would be winning the climactic contest in the end and lifting the huge cup in his hand, but why do we still keep rooting for them and invest ourselves in the character?

The answer is simple. Sports films, unlike the actual game, are high on drama, extremely optimistic and are made to uplift the moral values of the viewers.  Who would not like a story of an underdog, sidelined and criticized throughout his life, is given a second chance and is rewarded for his hardwork and determination at the end?

Probably the most fun sports film in my list. The movie is based on the street cricket scenario and how the Sharks team fit into it. The Sharks team is the so called “gethu” cricketers of Sunnambu Kaalva, who always lose their way out of the tournament in the final match against the Royapuram Rockers. Though there is love, betrayal and lots of cricket in the film, the film heavily relies on the second chances of Rockers Raghu (Sorry, Sharks Raghu) and the Shark Team as a whole.

This would definitely be my most favorite film of the list. Jersey follows the life of a failed cricketer who decides to redeem himself on the course of gifting his son the Indian Cricket Team Jersey. The film beautifully weaves in the father-son relationship and provides the driving factor for the protagonist. The train station sequence where Arjun (played by Nani) breaks his heart out by crying is one of the best cinematic moments that brings out tears everytime I watch it. The movie revolves around the bitter-sweet relationship between a disgraced hot-headed coach Prabhu seeking redemption and the fiery, rebellious boxer Madhi. The entire story has been based on the concept of love (with little melodrama, of course) experienced within the kin and non-kin relationships. The movie ends on a beautiful note of the master-protégé embracing each other and leaves the viewers with complete satisfaction. This tale of the ‘Flying Sikh’ touches on the one of the hardest emotions we try hard to overcome, that is, fear. From running away from Pakistan to save his life to running towards the finish line to earn respect, the film chalks Milkha’s trajectory. The film focusses primarily on Milkha Singh’s legs and the effect on then when Milkha goes through a rollercoaster of emotions. 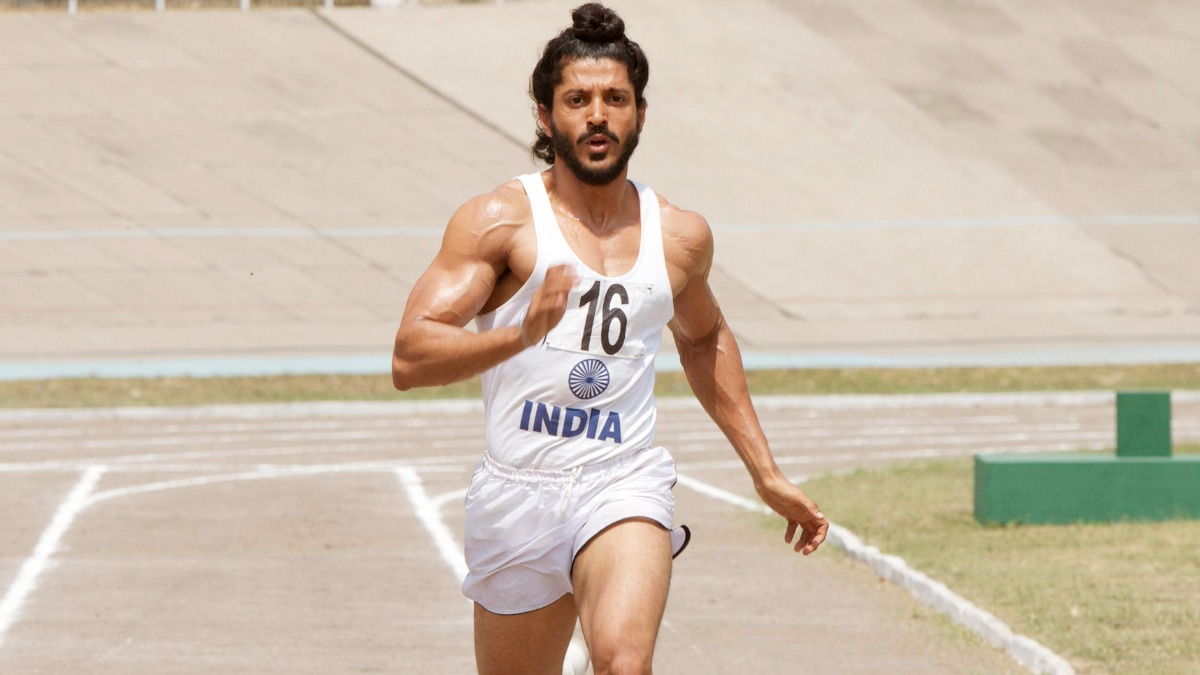 The movie which re-introduced the country to its national game amidst the cricket dominated audience. The movie deals with the life of Kabir, a ‘traitor branded’ former player turned coach of the Indian National Women’s Hockey Team, and his attempt towards redemption. The film will always be remembered for Coach Kabir’s awesome ‘Sattar minute’ speech. How can we even end a list without the Chennai’s favorite cricketer, Mahendra Singh Dhoni. The commercial take on the life of one of the most influential cricketers is by far one of the most satisfying movie theatre experience. For a country where cricket is considered almost a religion and cover most of the TV viewing audiences, the matches on the big screen is no less than a celebration.

Movies like Golconda High School, Jeeva, Kai Po Che, Lagaan and Kanaa are all outstanding for their compelling storytelling and the values they leave us with. I really wish we get many more inspiring and rooted sports films in the future.

Just desire to say your article is as astonishing.
The clarity in your post is just cool and i can assume you’re an expert on this subject.
Fine with your permission let me to grab your RSS feed to keep updated with
forthcoming post. Thanks a million and please carry on the enjoyable work. https://vanzari-parbrize.ro/parbrize/parbrize-mazda.html

We are onne of the oldest esort agencie in Delhi. https://vipescortserviceindelhi.com/gallery/

Hello there, There’s no doubt that your website might be having web
browser compatibility issues. When I look at your
web site in Safari, it looks fine but when opening
in IE, it has some overlapping issues. I simply wanted to provide
you with a quick heads up! Other than that, fantastic site! https://vanzari-parbrize.ro/parbrize/parbrize-lancia.html